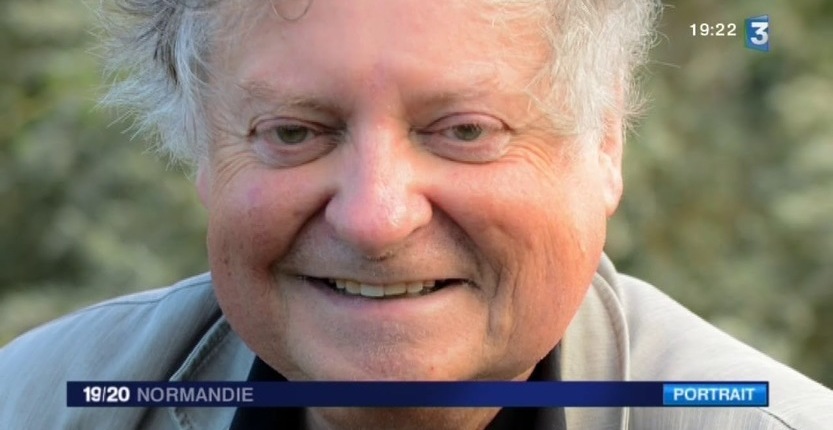 Boulanger or obsession with self-portrait by Luis Porquet (Evreux, France)

Boulanger or obsession with the self-portrait.

Métamorphose is the title under which David Boulanger presents, at La Cave d’Arts, an astonishing series of self-portraits in which burlesque and a form of self-mockery intrude. The painter shows a marked taste for the art of disguise. The tone has something Shakespearian and the tribute supported by Rembrandt makes the approach deeply interesting. These paintings, dominated by the shadows, compose with strangeness, sometimes lying at the edge of the fantastic.

David Boulanger’s painting has something timeless and confusing. La Cave d’Arts in Louviers, which, from May 4 to July 16, presents 67 of his works, dedicates his three levels. On the ground floor, one is literally snapped up by the replica he gives Rembrandt’s skinned beef, painting that the poet René Char considered a sun, in the most inspiring sense of the term. This monumental work has such a power that the very idea of ​​making a new version seems to be a challenge. But David Boulanger was well acquitted, as he could do portraits revisited his illustrious author, Rembrandt Harmenszoon van Rijn (1606-1669), which showed for the self-portrait a certain predilection. The fact that an artist becomes his own model is not uncommon. The history of art gives quite frequent examples. With David Boulanger, however, the affair takes a relatively singular turn as the painter likes to show himself under different tinsel. We personally do not see any mark of narcissism but the will to push the exercise to the end, even to the point of absurdity. Here he is in turn under the features of Alexander the Great, Bonaparte, a clown or a cyclops with a single eye. We still find him wearing a bonnet, a shoe, a pan or a trowel on his head, when it is not a knife or a nail in the skull … Elsewhere, it is haloed, decked out with a head of horse or grafted ear in the middle of the forehead. This face whose aspect varies imperceptibly ends up becoming obsessive, disturbing, even burlesque, arousing a certain derision in this ghostly and prolific gallery of “trognes”. From clown to clone, there is sometimes only a step that some scientists are not even aware of crossing, so much their thirst for power and blind domination of their judgment.

At the same time patinated and brilliant, the painting of David Boulanger seems to be out of time, refusing the diktat of a certain contemporary art. D. Boulanger even goes so far as to imagine himself without a head or the latter in his hands, which nevertheless supposes a good dose of black humor. The ability to laugh at oneself is a phenomenon rare enough for this attitude to hold our attention, just like this permanent tribute to Rembrandt, the Dutch master who Boulanger visibly admires with a certain devotion. In this young artist (he was born in 1971), everything starts from a frenetic desire to paint and to place oneself in a certain state of mind. Under his constantly changing appearance, his character remains identifiable thanks to the thin thread of beard slicing his chin. Denouncing the social farce and the frightening role play she proposes to everyone’s vanity seems to be one of her aims. Beyond, the exercise remains properly pictorial, through constraints overcome by the glaze, the shadow and the light, true wager for the artist who confesses to associate “reverie and metamorphosis” by means of a relatively scholar of the material. Whether it is anachronistic or not (would the requirement have become a reactionary symptom ?), We do not care. The interest of an artistic approach comes from its capacity to question the reality which, most of the time, tends to be confused with the most grossly visible part of things. If the habit does not make the monk, the adornment and the rhinestones still have good days in front of them. Magazines are here to prove it.

Presented for ten weeks, David Boulanger’s exhibition will be followed by an event dedicated to Gérard FROMANGER from September 15 to November 26, 2006. It will be the event of the year at La Cave d’Arts and in the Department of Art. Eure.

Luis Porquet is a poet, writer, lyricist, journalist and critic of French art. He was born in Elbeuf on February 23, 1949, of a Spanish father and a Norman mother. Wikipédia