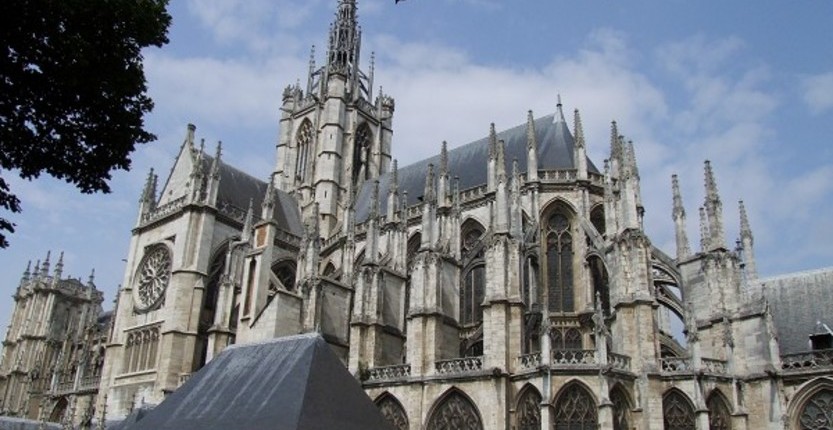 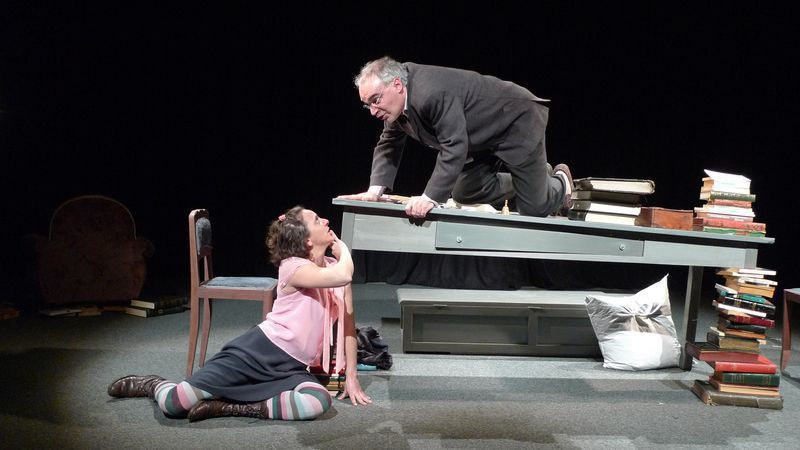 The extraordinary exhibition The Cabinet of Curiosities by David Boulanger, whose scenographic course was designed and directed by Jean-Pierre Brière at the Mega-Pobec Theater (Evreux, France), and in collaboration with the Gallery La Cave d’Arts (Louviers , France), will be exceptionally extended until the end of 2006. Remember that the exhibition has been open since June 2006.

What a curiosity this cabinet of curiosities!

How to associate the thrill of crime, of the forbidden, of fear, of grandiose also with that of trickery, laughter and finally childhood?

Like a kid. In this Chapel that I know corner by side, I had fun as a kid who built a cabin in his room, at the bottom of a closet or between the bed and the dresser. A labyrinth on familiar ground.

Okay, there is the history of art and your way – insolent ? sassy ? – to fiddle with the masters. But I’m not going to be clever and play the encyclopedic. Have the eye, the good. A little head too, not too much in the air. Just what you need above the neckline.

I put in there something of my readings of Conan Doyle, Edgar Poe, Gaston Leroux where any house is a house that moans, where the whole city is the prey of elusive fantasies and other criminal delights. The books that had to be read in secret ! The divine Marquis and his illustrated covers, but also all the mischievous reproductions of great masters. Being at the museum was not an alibi.

In secret, the origin of the world. Behind closed doors.

For a man of theater, is it not a paradox to love this expression: out of sight ?

There are also some fundamentals of the eye still drastically pregnant: Belphegor roaming the Louvre before the Louvre, Larsan’s black glasses in the Yellow Chamber. I do not know if one says a bottom of ear but I still have in my head the barking of dog in basement in the Eyes without face, the clinking and pivoting of Oscar in the disappeared of St Agil.

I would have loved so much to enjoy the thrill that triumphed in their time on the theaters of the crime boulevard and then the Grand Guignol.

My examples date, will you tell me. The news gives us cruelty to the taste of the day.

However. From where I speak to you, fear is harmless and desirable.

At this place, the unconscious accompanies me, I invent it as the other said and it is the theater of my chair.

Better to have fun with his demons than to be bored with his angels, says the poet somewhere.

One day soon, next year, all this jumble will be on the boards in the manner of Grand Guignol and fairgrounds.

In the meantime, walk in the Chapel while the wolf is not there, that Daddy is upstairs and Mommy downstairs and that if it continues we will see the hole of my pants.

The Cabinet of Curiosities by David Boulanger is a scenographic and theatrical journey presenting more than 100 paintings of the artist, realized by the Mega-Pobec theater (Jean-Pierre Brière, founder) and organized by La Cave d’Arts Gallery (Célia Ivoy-Lefrançois, co-founder).