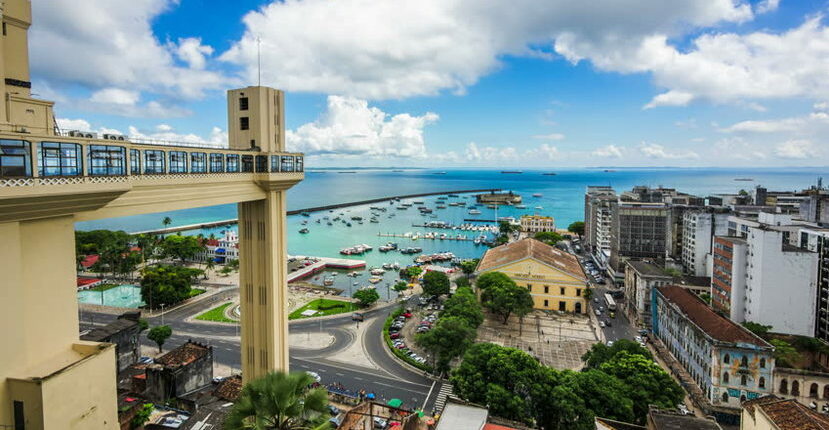 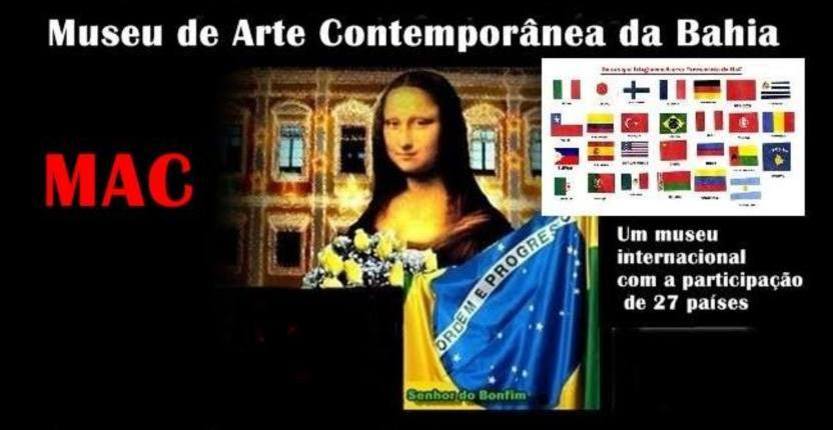 The artwork The Collector (Oil on canvas, 41 x 33 cm) will integrate the Permanent Collection of the Museum of Contemporary Art (MAC), Bahia, Brasil on June 10, 2011.

The Museum of Contemporary Art of Bahia, a Cultural Space of Barroquinha, where today it houses the Gregorian Theater of Mattos, is the Cultural Space of Salvador where on June 10, 2011, the Permanent Collection of the Museum of Contemporary Art MAC will be launched. The date of the launch was set Monday, 10/01/11, at 4:30 pm, in a meeting at the Fundação Cultural Gregorio de Mattos, between the President of the Foundation, Ipojucã Cabral Brito and the MAC Director, Simone Lobão. The collection consists of more than 100 works of art in the categories : painting, sculpture, engraving, drawing and photography, and counts on the participation of artists from several countries, such as: Brazil, France, Belgium, Japan, Italy, Spain, Portugal , Germany, United States, United Kingdom, Tunisia, Turkey, Mexico, Venezuela, Colombia, Uruguay, Argentina, Chile, Israel, Dominican Republic, Saudi Arabia, and contains a rich diversity of styles and forms that comprise surrealist art, Impressionist art , naive art, abstract art, figurative, realistic, of the most varied techniques, and opens the way to new trends.

Salvador, the capital of Bahia state, is one of the few Brazilian cities have in its constitution architectural hallmarks of its colonial period. The churches, in turn, had their own characteristics. According to the archives of the Foundation Gregorio de Mattos (FGM), an agency of the City of Salvador, Manuel Leitão Ribeiro and his wife grantedland for the construction of a chapel for the Brotherhood. Our Lady of Barroquinha, and that it was erected rapidly due to the donations granted by inhabitants of the city between the years 1722 and 1726. In the mid eighteenth century, the Brotherhood of Bom Jesus Martyrs, based in the Church of Our Lady of the Rosary of Blacks in Pelourinho, moved there, with this, Brotherhood of Our Lady of Barroquinha with draws fromsite. This was because it came from the Brotherhood Rosary of the Blacks became stronger than the Brotherhood of Barroquinha. From there, the church becomes be maintained by this group of people, it is also believed that the improvements made in the temple were carried Bom Jesus Fellowship of the Martyrs, for example, the extension and continuity for the church to befully completed. In March 1984, the Church is practically Barroquinha destroyed by fire, being in ruins. It is the end 80 years of the first proposal for recovery of the area, a project of Lina Bo Bardi, which aimed reclaim the space of today, Gregorio de Mattos and Theatre Church of Barroquinha only partially executed. In 2003, Petrobras has invested in the restoration of the Church. The state granted initially, £ 620 000. Work of great importance to the city of Salvador for being a monument that is located on a site with a strong cultural, between Praça Castro Alves and Espaço Unibanco Film, now houses the Theatre Gregorio.

In Brazil, contemporary art is emerging in the decade 50 with the Biennial, which included 1854 works representing 23 countries. A proposed Ciccillo Matarazzo to conduct an international show inspired by the Venice Biennale. The decade also marked the resurgence of abstraction : Geometric and informal. The first proposed a break with the figurative art, based on neoplasticism Piet Mondrian. It is adopted by the Group in Sao Paulo Break in 1952 and in Rio de Janeiro with the Group Head in 1954 taking a basic premise of individual The Art of Genuinely Brazilian art, which begins in 1957 in Rio de Janeiro, a few artists to combines sensuality Concretismo. An exponent of the movement is the artist Hélio Oiticica.

MAM Bahia : Created in 1959 and first opened to the public in June January 1960, the Museum of Modern Art of Bahia – MAM / BA born with the aim of placing the city of Salvador in the script of modern art and national internationally. The project of Lina Bo Bardi for the MEM / BA is centered on creatinga cultural centrality inNortheast region through the establishment of a museum-school, dedicated to the formation of a public child and juvenile. Such an idea was being nursed inarticles written by the architect for Habitat, in which discusses the importance of close collaboration between art industrial and handicrafts.

Collection of Folk Art -Lina Bo Bardi (1914-1992) : Currently displayed at the Solar Ferrão The Museum of Folk Art – MAP, designed by Lina Bo Bardiin 1961, provides a link between industry and handicraft with a view to creating an original design. Proximity arts and popular modern approach would break down the barriers between classical and popular museums established by art. Those MAM and MAP would be, according to architect sides of the same coin. Two exhibitions inaugurating Solar Unhão restored and the Museum of Popular Art : Artists of the Northeast – with works by John House (1944), Francisco Brennand (1927) and Sante Scaldaferri (1928) among others, composed of about 100 000 pieces, including everyday objects, part ritual, indigenous art, itemspurchased at popular fairs. Disagreements with his assistant, the painter Sante Scaldaferri and the occupation of museum by the army after the military coup in 1964 led todismissal of Lina Bo Bardi, replaced temporarily by anthropologist Renato Ferraz and then by Mario CravoJunior.

History of MAC : MAC was created by Simone Lobão and José Eduardo Clementein December 2009. The director of the Museum since its foundation is Simone Lobão, who worked at MAM Bahia Art Education in the core team at Tonico Portela and Roseli Amado, work started by Stella Carrozzo. Wasa group of three mediators of art education, Simone also Lobão, worked in the function mediators, Daniel Almeida and Luis Augusto Silva. The three were students of the School of Fine Arts. Developed a Working with the community of MAM and the schools Salvador, including receiving visits from the insideknow the museum. The work consisted in making students understand what the artist meant by of his works. At the time the mediators formed a group study, which was dedicated to conducting research in Art and History.

Directing Council MAC : Professor Simone Lobão, BA in Literature from UCSAL, Cultural Mediator, Sculptor, Painter and President of NGOs, Professor Historian José Eduardo Clemente Master of Education, Philosophy and History of Science by UFBA / UEFS and Pedro Henrique Cavalcanti, Student, School of Fine Arts University of Bahia, designer, painter and teacher of English. The MAC is a museum NGOs in the implementation phase, recorded on the Brazilian Museum (IBRAM) and the Board of Museums IPAC (DIMUS) 11.431.729/0001-39 CNPJ, which is recognizes committed to reducing the social debt with the population excluded from the universe of the Arts Visual, as it will allow access toyouth, children and adults to art education, education equity and ecological education, seen as a process training in improving quality of life of the northeast Brazil. The Launch of the Permanent Collection of the MAC is scheduled for the day June 10, 2011, in Salvador, Bahia, in Cultural Space of Barroquinha Area (Gregory Mattos) and with free admission for all. The museum will honored as the Professor and Special Restorative José Dirson Argolo School of Fine Art at the University Federal da Bahia.
Press Kit from The MAC, Bahia, Brazil (2011).