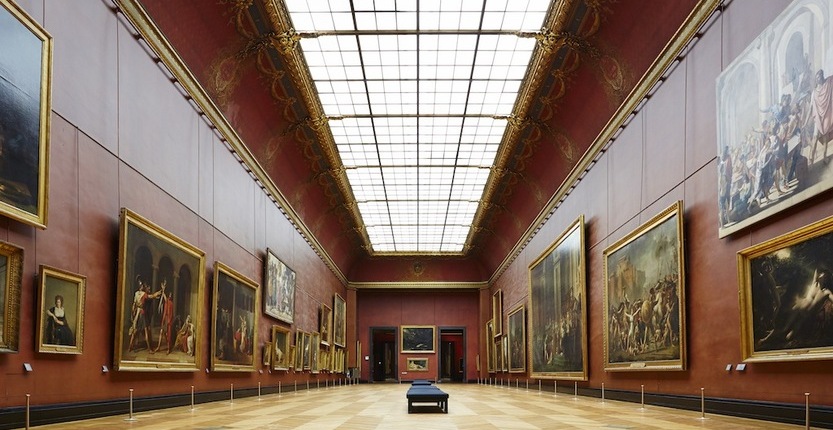 VIDAE (David BOULANGER), born in Ris-Orangis (France), started to paint in the street in the middle 1980’s, with the emergence of the graffiti culture in France. Traveling from Europe to California, at the age of 16, he has integrated with crews that became famous today.

At the beginning of the 1990’s, Vidae started to study at the Beaux-Arts of Versailles (France). He stopped quickly, as he preferred to learn the Fine Arts himself, visiting and watching everyday the masterpieces at the Louvre Museum and the Orsay Museum. After a determining encounter with the famous art historian Pascal Bonafoux, Vidae left the street to become the heir of a forgotten traditional painting.

In the early 2000’s, Vidae attained success on his own autodidacty. He achieves international recognition by winning the 35th edition of The International Grand Prix of Contemporary Art of Monaco with the Prize Duke and Duchess of Valverde of Ayala Valva, presided by the Prince Rainier III and the Princess of Hanover. Then he joins the collections of important collectors such as Ralf Winckelmann who supported Pablo Picasso, Francis Bacon and many others. He also obtains the support of many personalities of the world of art such as Daniel Arasse, Pascal Bonafoux, Fernando Botero and David Rosenberg.

Then, after a doctorate (Ph.d.) in art history (Paris VIII), he writes his first treaty of painting, then starts writing many essays of philosophy, poetry and fiction.

In the same momentum, he submits for the Cité Internationale des Arts in Paris (France) and for the Villa Medici, The French Academy in Rome (Italy).

Preserving and claiming his independence, after many exhibitions and collaborations, he works today with various galleries, sponsors and private collectors in France and abroad.

The powerful and innovative work of David Boulanger (a.k.a. Vidae) gives contemporary painting a breath of renewal. And it is through his universalism and the technique of Chiaroscuro * that he reinvents this same painting. Its production today extends to more than five thousand paintings mainly listed over many periods and over more than three decades.

*Chiaroscuro, the more technical use of the term chiaroscuro is the effect of light modeling in painting, drawing, where three-dimensional volume is suggested by the value gradation of color and the analytical division of light and shadow shapes.

“Vertigo of the mirror, abyss of self, for David Boulanger” by Frédéric Jonnet